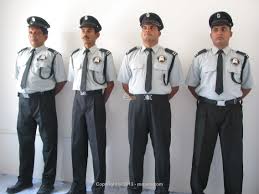 British security companies in London –What exactly are the security situation in London?

Why are Security Companies so sophisticated?

British security companies are daily encountering criminal organizations that are using some of the most extraordinary methods and strategies in order to succeed with their criminal activities. A little over a year ago there was a robbery in London that took place over a weekend and this robbery involved a very intensive process where part of the structure of a property had to be removed in order to allow the criminals to enter those premises. Throughout that weekend no one got suspicious and the robbery was only discovered on the Monday long after the criminals have departed. British security companies are regularly dealing with scenarios like these and the primary objective when it comes to criminal activities is always to do everything possible to prevent these things from happening.

How can success be guaranteed?

British security companies know that long-term success can be an elusive concept because even under the most favorable conditions, security is one or two steps forward and one or two steps back. This is because criminals are most definitely not stupid at least not the more sophisticated units and they always seem to find a way to get around current security measures. However British security companies carefully study the strategies and methods which is used by criminals and they continually update the preventive measures which is used in order to eliminate the opportunities which are available to criminals. This is an ongoing and a long-term quest and the reality is that it will be the faction which are the most zealous to succeed that would be the winner on any specific day.