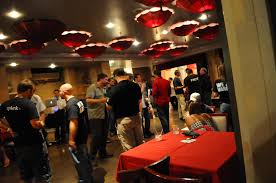 Why is party security necessary?
The sad reality is that it is not just celebrities who require extensive security measures at their parties and other events. Today party hassles are frequent possibilities even at the party of you teenager and parents can no longer approach such parties passively. Our two daughters were also invited to several parties over the years and nothing upsets a caring parent more than a party where the responsible parent does not act responsibly. Especially during the two years during we were involved in the running of a children’s the horrible realities of exactly what it entails to be responsible for a group of young people has been firmly impressed upon us. The truth is that there are nasty people in this world who have no consideration for others and this is exactly why party security is actually an excellent idea.
Protect your invited guests
I don’t wish to offend anyone but my teenage daughter was once invited to a party where the father of the boy who invited everyone first spiked the drinks of some of the boys and then he actually urinated on these boys. When the father of the boys went back to get an explanation a dozen of the man’s friends were present and they even carried fire arms. Understandably the friendship between my daughter and that young man has been terminated but this just shows that you simply cannot blindly entrust the safety of your child to a stranger. My wife has the habit of delivering our daughter to the door and speaking with the mother of the party child before leaving. Obviously this is not foolproof but at least it gives you an idea of what to expect. I believe in these times of drugs and other temptations party security is a great idea.
I certainly do not want to be responsible for injury or the possible death of a child that was entrusted to my care. And regardless of how vigilant a person maybe you simply cannot be everywhere and anything can happen in the blink of an eye. Well trained party security cannot be everywhere and unless you are going to have both male and female party security there will be situation where one of the sexes will be unobservable and you cannot control whatever happens during those instances. At least if something happens after you have taken every possible precaution you will know that you have done everything humanly possible to avoid a catastrophe.