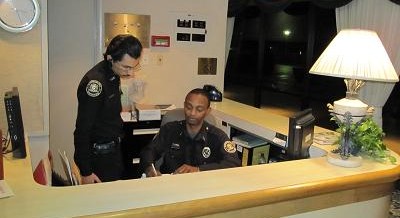 Let’s define the main tasks for a security team which are considered to be the same for any type of security whether it is security of equipment or an individual, cargo escorting or encashment and so on.

The main tasks are the following:

-‘to detect’ which means to identify a danger before its implementation;

-‘to scare away’ or to force the opponent to abandon their intentions and to carry it over to the more accessible target;

-‘to repel’ the direct attack.

These 3 key responsibilities are listed in order of importance which means that it is hard to imagine that a security team can repel the attack if they couldn’t cope with 2 other responsibilities.

The main responsibility of a security team is to control the threats to the life of the guarded person (VIP).

A wider wording should include the protection of dignity, property and health of the client. However, the life of an individual becomes the priority for a security team in extreme cases.

It is necessary to find out where the danger results from in order to control it. It usually arises from the relations and contacts of the guarded person, in other words, from their environment. The very client provokes a danger by their actions (power, wealth, success, envy, intersection of interests and so on). That’s why the work usually begins with the examination of the protected person. The essential component of success, in other words whether the person stays alive or not, depends not on the work of a security team but on themselves. To sum up, the work of the security team will be useless if the client himself doesn’t put in any effort. The foundation of success, career and very often the life of a client is a well-formed relationship between a protected person and other people.

If it is not possible to avoid the danger, in other words the opponent tried to implement his intention, a priority called ‘to walk the client away from the danger’ enters into force. It means to evacuate the protected person from the territory of the attack to a safe place. The main task here is not to get involved in the conflict if possible. The aim is not to strike the opponent during the conflict and instead save the life of the protected person. Very often the criminals try to provoke the conflict with the protected person and their security team in order to make the assassination accessible and easy. It is important for a member of the security team to predict the situation and act in accordance with the priorities of threat control and not to fall for the provocations.

Finally, if the enemy is more clever and starts to attack the client together with his security team having locked them into a trap with no way-out beforehand, it is necessary to counter the threat. One must find a weak link in the enemy’s team and try to hit them. Decisive actions of the security team can often provoke such a principle of protection as ‘scaring away’ which means that these actions can leave the enemy in doubt. The time when the enemy is in doubt can play into the security team’s hands as help can arrive or there can be a possibility to break through.