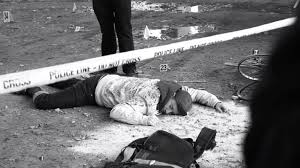 Looks and human conduct can be deceptive
There is a Scripture which says, charm is deceptive and beauty doesn’t last and this is something which can be clearly seen in the way in which human beings deal with one another. People have the ability to present themselves as unbelievably virtuous and innocent. There is also the saying that when something seems too good to be true then more often than not it is too good to be true. And therefore criminal actions which include murder are sometimes committed by the most unlikely individuals at least according to our human perceptions. Woman have been traditionally viewed as the protectors of their families and especially of their children but there have been many female killers throughout history who has acted totally out of character and have not hesitated to wipe out their families for personal gain.
The statistics speak for themselves
There have been many female killers throughout history who has acted absolutely without any remorse at all and who did not hesitate to kill husbands, children and other family members when they could benefit from such murderous activities. The first murders start especially when they are the possibility of insurance money and the first target is always the husband and the preferred way of removing such a husband out of the equation is with the use of poison like arsenic. This poison has been used to great effect in dozens of murder cases and the graves were barely filled up when the grieving woman turned up to claim the insurance money. However many of these killers did not stop after the demise of the husband but they proceeded to deal with the children also who were mostly also ensured.
Crime scene labs are reducing the chances of successful murder
Although it is virtually impossible to commit the perfect murder in these modern times it still does not discourage people from wiping each other out often over the simplest issues imaginable. However the modern killer is fully aware that without a body it is very difficult to achieve a successful conviction. There was the case of a young lady who has been murdered six or seven years ago where the murderer has removed the hands of this young lady and to this day that case remains unsolved and the murderer are still at large. The irony of the matter is that just because you know someone your whole life does not mean that you are exempt from a sudden reversal in that person’s personality which may very well lead to your demise.