HomeNewsWhy should a party have security?

Why should a party have security? 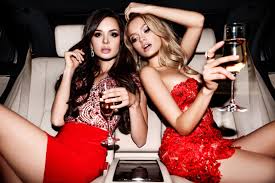 Why should a party have security?

Party crashing has become a kind of a hobby among people in our society today which can often only be avoided by using party security in London. Just like the crashing of weddings where uninvited guests will turn up and then crash the ceremony or at least to make their presence known in one fashion or another creating confusion and sometimes more serious reactions from wedding guests. In many cases the guests of honor could be humiliated thereby spoiling the whole mood of the ceremony. The probability of something like this happening can escalate dramatically if the person who are honored by this party is a celebrity or are simply very popular. Party security in London could help to eliminate the problems arising when unwelcome guests disrupt your function. The problem is that a successful attempt at party crashing could make such a perpetrator very popular among his friends and family and they are often dared to make the attempt with the promise of financial reward or some other privilege.

How can people do this?

This is a very valid question which will in all probability have multiple possible answers. The action of party crashing could be provoked simply out of spite and jealousy in some cases because the party crasher has not been invited to the festivities. Therefore the action is often an attempt at revenge and to get back at the person whose party it is. Party security in London has extensive experience with party crashers as well as their motives and modes of operating. They are mostly able to read the signs and to take swift action when it becomes clear that someone are not invited or may have an agenda which is not in the best interest of the party and those attending.

How to prevent your party from being crashed?